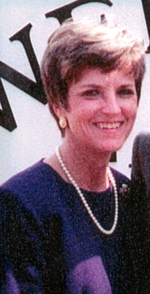 Brenda Long Parker, was born March 3, 1951 in Meridian, MS to Richard Eugene Long and Bertha Smith Long. She passed away on December 21, 2021 at the Beehive in Starkville, MS.

She began her bookkeeping career in 1970 at Mississippi State Agriculture and Engineering Department and made stops at Herschede Hall Clock Company and Brooksville Medical Clinic. In 1988 she became half owner of Rex Parker Plumbing and Electrical. In 1999 she moved to Starkville, Mississippi and began working at Starkville School District in the accounting department where she retired as the Athletic Department Administrative Assistant in 2011. Her volunteer experience in Noxubee County included Vice President and President of Macon Junior Auxiliary and Girl Scout leader.

She was very active in Brooksville Baptist Church as Mission Friends leader and director, adult choir member and children's choir director. She was able to carry those duties with her to Starkville where she was a member of Fellowship Baptist Church.

She was preceded in death by her parents, Richard Eugene Long and Bertha Smith Long; and brother, Charles Richie Long.

Visitation is scheduled for Monday December 27, 2021 from 12:30-2:00 p.m. at Brooksville Baptist Church in Brooksville, MS, with the funeral service immediately following. Rev. Russell Mord will conduct the service. Burial will be in the Brooksville Cemetery.

In lieu of flowers, the family requests donations be made to Brooksville Baptist Church, P. O. Drawer 438, Brooksville, MS 39739.